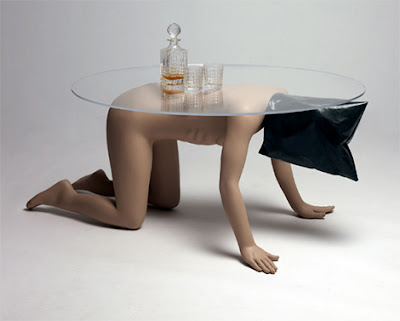 Just a brown shoulder; nothing extraordinary about it. Perhaps she had seen a pimple on the collarbone, but it was no reason to dismiss this particular shoulder, she thought. The neck fell in an easy curve that met the onrushing bulge of the deltoid in a most agreeable manner. His white towel covered the other shoulder and offset the line where the darkness of the neck ended and the lighter, truer brown of the torso—the part that was always hidden—began. She had glanced up too late, and seen the shoulder disappear behind a door at the back of the kitchen.

That brought her back. Edith was looking at her. How long had she been staring?

“I think you put in too much brandy again.”

“No, I’m fine, I’m fine.” She saw Edith’s mouth twitch into that knowing smirk. Witch. “I was just thinking about how you’ve managed to make this small space seem so—spacious.”

“It does seem bigger than it is, doesn’t it? And it’s so cheap. Plus it’s in a good neighborhood. I was so lucky to find it.”

Edith prattled on, and Carlotta found her mind wandering again. The sound of water thundering into a pail was coming from behind the door. She forced herself not to stare at it, and concentrated instead on the cup sitting on the table where she and Edith were having their Saturday midmorning coffee—their first in a long time, since Edith’s move. She looked at her old high school chum as Edith toyed with her own coffee cup. It was almost as if she was talking to it instead of her. Carlotta decided to take another casual sip of coffee. Yes, perhaps she had put too much brandy in again. It was her second cup, so it was too late.

The running water had stopped. Now there came a series of light thumps on the door, and then a tiny splash. Then a whooshing noise as water from a pail was poured over what she imagined was an upturned face, the eyes pinched shut, the mouth hanging open. Before the sound of water crashing on tiles could fade away there came another tiny splash, and another great whoosh. This time some low grunts told her that the water was cold and refreshing.

Out of breath by this time, she forced herself to look only at Edith, who was still lost in her account of finding the apartment. The whooshing sound kept coming in relentless waves, making her quite giddy. She picked up her cup, but realized that she had already drained it. When? She wondered if she dared pour herself another one.

“I’m sorry. You were saying—?”
“Nothing. I was just wondering how I came from fifteen years of living off Arthur to this.”

The whooshing had stopped. In the lull, Carlotta heard light spitting, slapping noises, and imagined bright white foam glistening on brown skin. A brown shoulder slathered with soapsuds. Her hands tightened around her empty coffee cup.

“But tell me, Carlotta—don’t you find it hard? Living alone, the way you have?”

“Oh, that’s your old answer. It comes so automatically now.”

Her breath came out in a rush, because the whooshing had started up again, and it seemed much louder than before. She began to jiggle her foot under the table.

“Are you sure you’re all right, Carlotta?” Whoosh.

“You look so tense.” Whoosh.

“Well—“ She allowed that one to trail off and gave Edith a crooked grin before she could stop herself. Was she shaking the table?

“Oh! I’m sorry; I saw you looking earlier but I didn’t realize.” Edith turned her head in the direction of the kitchen.

Carlotta froze. Had she been that obvious? Her hands released the coffee cup and curled into fists on the tabletop.

“Francis? Finish your bath and come out. Your Tita Carlotta has to use the bathroom.”

Carlotta released the breath she had been holding in a long, silky sigh and allowed her left hand to slip under the table and between her thighs the way a schoolgirl stifles a laugh.
Publish by Los hermanos Chang 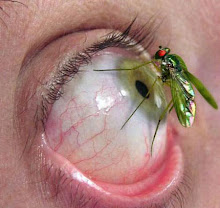